Chanukah celebration in Bender and Beltsy

You are here: HomeביתГлавная / Slice of Life / Chanukah celebration in Bender and Beltsy

The Jews of the Transnistrian region celebrated Chanukah

Dozens of Jews from the city of Bender, centrally located in the central region of Moldova, Transnistria (Приднестровье), celebrated Chanukah with Chabad Shluchim Rabbi Mendy and Leah Gutzel.

Transnistria declared its independence in 1991 and following the civil war that broke out, most of the Jews immigrated to Israel. Today, only about 1,000 Jews live in the entire region of this country – about 400 kilometers long and average in width – about 10 km, out of a population of more than half a million people.

The separatist region was not recognized as a state, except by the Russians.

Chabad Shluchim operating in Moldova, under the chief Rabbi Yosef Abelsky, do not leave any Jew behind including Jews of Transnistria: Although special visas are needed to enter the Transistria and the separate authorities there, Rabbi Mandy and Leah Gutzel arrive there periodically, and hold an activity there.

In Bender, there is also a daily Kollel Torah operated by the Chabad Moldova. 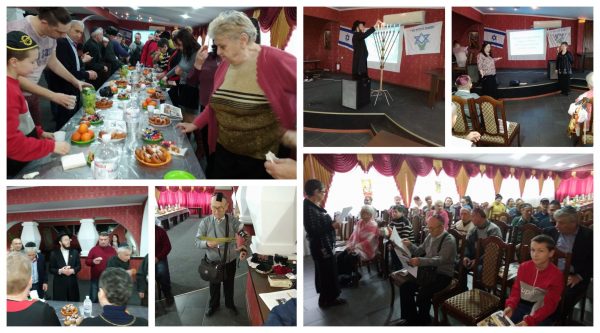 Rabbi Mendy Axelrod led a celebration in the famous city of Beltsy (135 km from Kishinev), and brought some doughnuts and  the excitement of the holiday to its community as well. 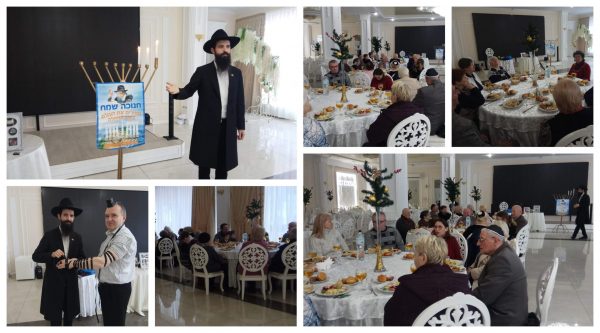 The Jewish communities in Chisinau and Moldova suffered immensely throughout...

As we approach the 30 year anniversary of Chabad Moldova, the community will...